According to the 4Ps Parent Leader Raquel Bibon, her 17-year-old child Gerald told her that he found a wallet with a Php 10,500.00 bills inside.

The same day as when the wallet was found, it was immediately returned to the owner who was very thankful for Raquel and Gerald.

The Bibon family is a member of the Cuyonon Tribe. Gerald currently attends Senior High School at Rio Tuba National High School and was lauded by his community because of his deeds. ### 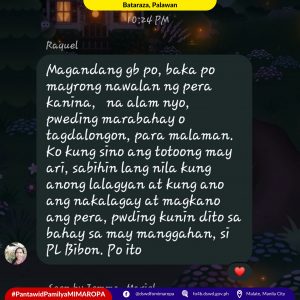 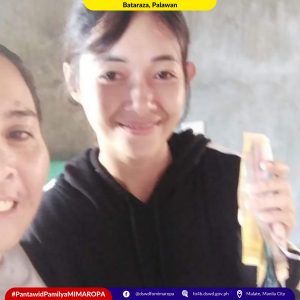 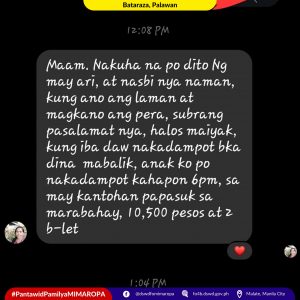